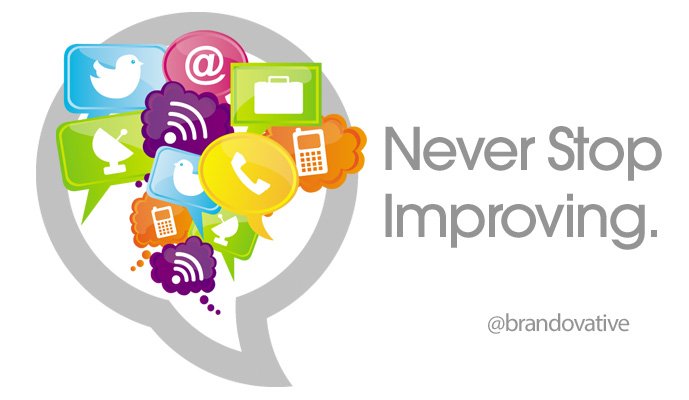 “Never stop testing and your advertising will never stop improving.”

That quote from David Ogilvy is the key to improving your social media marketing today. As the founder of two social media firms, it still amazes me how our industry socialmediamarekting150is constantly evolving. Traditional media plans take months, so a current strategy will stay fresh for a large part of the year. However, in the world of social media marketing, your competitors catch up to your improvements almost immediately. There’s no such thing as an ever-lasting formula, so you have to keep the new ideas flowing.

Being likeable on social media should be at the core of everything that you do. Yet, how you are likeable depends on many factors, including current fads, news topics and technological capabilities. Based on working with dozens of brands, we’ve discovered some tactics—unique to the 2015 social media landscape—that brands can utilize and keep innovating.

These online stars have large followings, but many brands make the mistake of asking influencers to simply talk about their product a certain number of times. What’s the use of a partnership if it doesn’t go beyond the one time you send them your product?

Try inviting an influencer to take over one of your brand’s handles for a week. They’ll direct their fans to your account, and you’ll gain followers. In this way, your brand’s messaging will show up in the social media feeds of new customers for a longer period of time than if they simply saw it mentioned a few times by an influencer.

2. Set Deadlines Based on Competition

If you’re hoping for participation in a campaign or a product launch, convey a sense of rivalry instead of a deadline. When you ask users to enter by a certain date, some participants might delay their entry thinking they have time (and then entirely forget to enter). Rather, set a competitive incentive, such as offering a prize to the first 1,000 users to retweet. Even after your brand’s tweet has surpassed the number 1,000, users will keep retweeting. Why? Because this approach feels more pressing and encourages immediate action.

3. Align Your CTAs with Your Networks

Each network has different user behaviors, so make sure you run your campaign on the appropriate platform. For instance, if you’re asking users to submit silly selfies don’t run the campaign on Instagram. That’s a network about perfect selfies. Instead, ask for it on Snapchat because it’s a common content type on the app. Or if you want to incorporate hashtags into your campaign, encourage activity on Instagram and Twitter, where hashtags are most used. When it comes to asking for a call-to-action, rely on what is organically popular on each network.

Thanks to the ease of recording on mobile phones now, users are uploading more videos to social media networks than ever before. But just because videos are appearing across all feeds doesn’t mean users are paying attention.

Facebook defines a video view as three seconds or more. If someone has simply stopped at your post in the News Feed that’s not an indication that they absorbed your message. Views provide no proof that the user understood your message, but clicks do. Track likes, shares and visits to the website or anything else that involves a click. These metrics are more indicative of which video content works, and you’ll be able to assess which types of videos you should create in the future.

5. Always Plan for the Someday

I can’t stress this enough—get involved in social networks early. One of the reasons brands like Taco Bell and McDonald’s are successful on Snapchat is because they saw the potential early on and posted when few brands were on it. Don’t let young users discourage you from starting a presence. Facebook, Instagram and Snapchat all started with a user majority under the age of 24 years old. But like most social media platforms, older age groups—those with buying power—started to join in.

Remember social networks are ever changing, so plan for their growth and upgrades. Instagram doesn’t allow you to post links directly in your post captions, but have a plan in place in case that changes. Anticipate updates in social networks today, and it will strengthen your dominance tomorrow.

What all of these methods have in common is simple—they’re a step forward from tactics that were popular as recently as last year. Shift away from the popular approaches of 2014 (e.g. influencers, video views, campaign deadlines) because they’re safe. Start taking chances on new approaches. And as Ogilvy said, never stop testing.